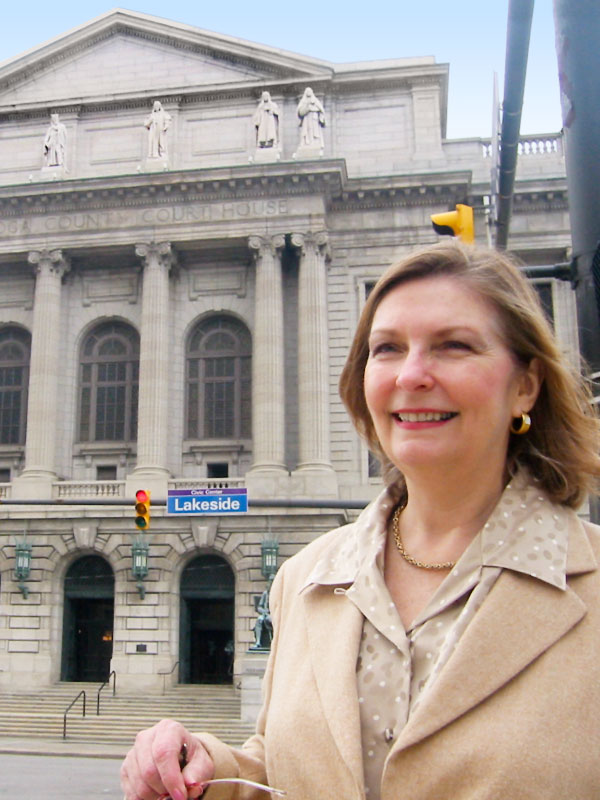 Attorney Knecht has successfully worked to improve conditions for employees since she began practicing law in 1981. She litigates cases throughout Ohio in both state and federal courts. Employment law has been her primary area of practice.

She was a founder and former head of the Cleveland Employment Lawyers Association. She served as President of the Board of Washington D.C.-based Workplace Fairness, Inc. She has chaired numerous committees of the Cleveland Bar Association, the William K. Thomas American Inn of Court, the National Employee Rights Institute, the Women’s Law Fund, and served on committees of the National Employment Lawyers Association and the Cuyahoga County Bar Association.

She is regularly invited to lecture and present scholarly papers to various organizations around the country. She is a member of the Ohio State Bar Association College, whose membership completes at least double the amount of annual continuing legal education hours required by law.

She has been named by her peers as an Ohio Superlawyer. She was elected the founding President of the Cleveland Employment American Inn of Court. From 2001–2008 she headed the Ohio Employment Lawyers Association.

Attorney Knecht encourages out-of-court solutions through employment and severance agreements, but she has never shied from litigation when necessary. In 1996, she successfully tried a glass ceiling sex discrimination case with a jury award and attorney fees totaling nearly $2 million. She tried a six-week sex harassment case in Toledo, Ohio, to a verdict of $2.9 million for her two plaintiffs. She pursued a difficult intentional infliction of emotional distress claim in an employment case to a $1.5 million verdict. One jury awarded her disabled client $1.8 million. She was the first in the country to try an invasion of privacy case when a HIV-infected employee’s medical records were disclosed without permission. More recently, her practice has focused on disability discrimination and sexual harassment cases.